The Seabin Project: Cleaning up Our Worlds Oceans One Marina at a Time 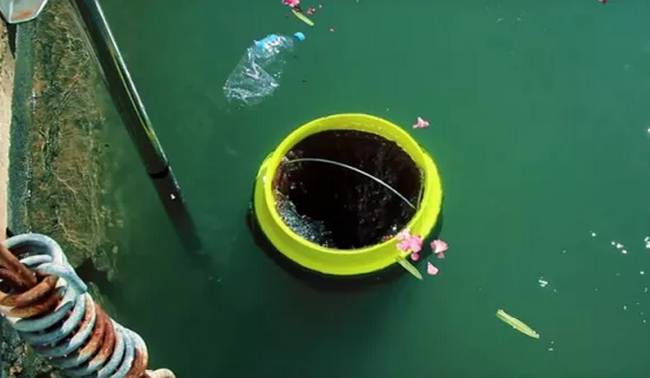 Anyone who spends a lot of time around an aquatic environment, such as an ocean, river, or lake is usually there to see some of the most stunning sights nature has to offer. Whether it is a sunset, or some marine life, or a shiny new vessel, there is usually something that everyone can appreciate. But there is one aspect of that marine environment that no one appreciates: litter. In marinas and harbours across the world, where boasts large and small launch, there is usually a large amount of rubbish, and it is a growing problem. But two Australian surfers think they have a solution, and have launched a campaign to raise money.

The Seabin Project represents a small-scale approach to removing debris from our world’s waterways. This small device, about the size of a household rubbish bin, is capable of removing waste in confined areas around docks and marinas, and is surprisingly efficient and economical.  Installation in ports and marinas sees this ocean-friendly trash can suck up the surrounding debris and even remove oil from the water.

Dreamt up by two Australian surfers who had grown tired of taking to the local waters amid floating plastic and rubbish, the Seabin is basically a water filtering system designed for contained environments like yacht clubs, marinas and ports. Without needing to contend with stronger currents and ocean storms, here it can chip away at pollution in visible areas where there is plenty of human activity

It is installed on a dock and plumbed into a shore-based water pump. With the rim sitting even with the surface of the water, the pump sucks water into the bin and brings the surrounding trash, oil and detergent along for the ride. A removable catch bag made from natural fiber then gathers the debris and the water is pumped through to an (optional) oil-water separator, before being fed back into the ocean once cleaned.

The team has developed a functioning prototype, and says that it hopes to eventually produce subsequent models with the plastics collected from previously installed Seabins. It has turned to Indiegogo to raise funds for commercial production, having raised more than US$75,000 of its $230,000 goal at the time of writing. It is offering the Seabins for an early pledge of US$3,825, with shipping slated for November 2016 if all goes to plan. To donate to the fund, or to find out more info, head to the Seabin Project’s Website. 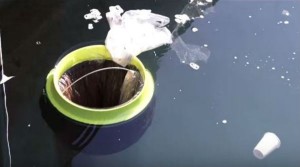