It’s called “The Great Pacific Garbage Patch.” A swirling vortex of waste partially visible from outer space, 10 metres thick in some places, containing 100 million tonnes of garbage, including enough plastic bottles to build a small house. And the worst part? We don’t really know how big it is; Estimates of size range from 700,000 square kilometres to more than 15,000,000 square kilometres.

The dimensions of the smallest estimates of that amount of trash boggle the mind. Seven.  HUNDRED. THOUSAND square kilometres. To compare: Almost three times the size of Germany. Nearly twice the size of the American state of Texas. Almost half the size of the continent of Australia. And how big is 1.5 million square kilometres? Nearly as big as the entire continent of Antarctica—a floating trash pile as big as the South pole.

How did it get there? Where does all this litter come from? The answer is maddeningly simple: We’ve put it there. While some litter does fall off vessels or blow out of garbage bins, nearly all of this trash makes its way to the ocean via the worldwide network of rivers, lakes, streams, and other waterways that connect to the planet’s oceans, including onto the Great Barrier Reef. This trash is greater than the sum of its parts; while it may not seem like a big deal to drop one water bottle on the ground or toss out one hamburger wrapper into a ditch, over time the impact of 7 billion people acting the same way takes its toll.

With the ever-present impacts of climate change threatening the modern way of life, what steps can be taken to ensure that the marine ecosystem, and in turn marine wildlife are not harmed by our actions? Surprisingly, the following steps can have a massive impact of keeping our waterways clean:

1. Rubbish in the bin

Millions of tonnes of rubbish is dropped on the ground in streets, beaches and parks every day. Rain and wind carry litter into the stormwater system, and through to our creeks, rivers, wetlands and bays; many marine animals found dead have some sort of plastic or other rubbish in their digestive or respiratory system.  If there isn’t a bin available, hold onto your rubbish until you find one. Remember, animals will try to eat almost anything, and anything big enough to swallow is big enough to choke on, obstruct the digestive tract, or suffocate on.

2. Use a broom to sweep up leaves and grass

Natural materials like leaves and garden clippings build up in the stormwater system, absorbing oxygen in the water, killing plants, fish and other animals that live in or alongside waterways. Sweeping your gutters and driveways instead of hosing them down saves water and help keep our waterways healthy.

Separate recycling and put it in the proper bin. Reuse jars for storage, plastic water bottles for drinking water, use re-usable shopping bags, and say no to plastic bags. By reducing the amount of waste in the environment, we can ultimately reduce the amount of trash that makes its way to the ocean, including onto the Great Barrier Reef.

Remember, we have one planet. Let’s take care of it. 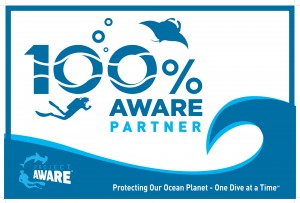