In the wake of Tropical Cyclone Yasi, Passions of Paradise has resumed normal operations. The catamaran got through Yasi unscathed as it was safely parked among the mangroves in Trinity Inlet. On our first trip back to the Great Barrier Reef on Saturday 5th February we were pleased to see that our sites at Paradise Reef and Michaelmas Cay did not sustain as much damage as we thought they may have.

Michaelmas Cay has had a lot of sand moved around by the winds and waves and some of the vegetation has either been washed away or covered by sand. Amazingly many of the Sooty Turn Chicks that hatched only a few months ago have survived. The turtle population at Michaelmas Cay also remains healthy and many have been seen on recent trips by our snorkelers and divers since Yasi crossed the Great Barrier Reef.

Paradise Reef sustained  minor damage to some of the coral, but certainly not as much as we were expecting. All the fish life has returned and the underwater visibility is getting better every day.

It has also been great to hear that Col McKenzie from the Association of Marine Park Tourism Operators has recently been quoted saying Cyclone Yasi moved too quickly to damage the Great Barrier Reef.

“The plus-side of seeing a cyclone come through like this means that certainly we won’t see reef bleaching from high water temperatures this year,” he said.

“That’s another threat to the reef that’s been put behind us, so every time you look at these things there is a silver lining.”

Passions is now looking forward to the tourist numbers in Cairns increasing in the wake of the cyclone so we can continue to show people the wonders of the Great Barrier Reef on our award-winning vessel. 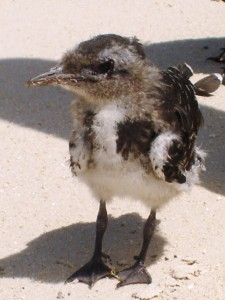 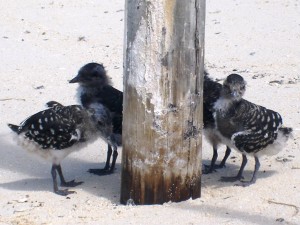